A Beginners’ Guide to Combination Boilers

A brief look at combination boilers, a popular choice among households 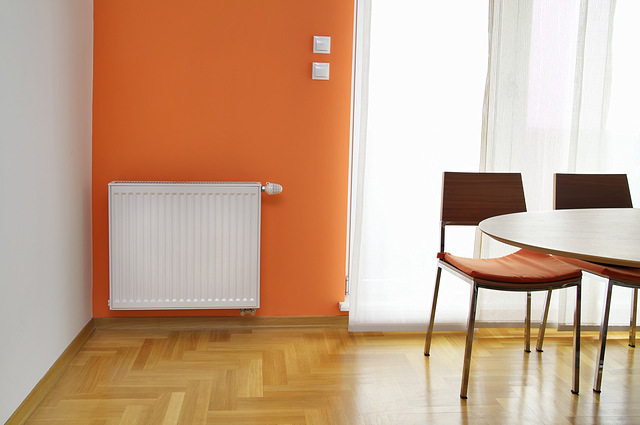 Central heating: like hot water, they can be controlled by combi boilers. Image by Dario Sabljak (via Shutterstock).

If you’ve watched Homes Under the Hammer often enough, you would notice that Martin Roberts’ clarion call is “get a combi boiler”. Instead of the cries of “Get a Job” set to DNA tests on the other side, Mr. Roberts’ call is far from futile. Combination boilers are a boon to many households. Compared with a tank-based system, they take up a lot less space. Your cold water tank and the accompanying hot water tank are about the same width as a single door.

In mainland Europe and the UK, up to 70% of households have combination boilers. They combine the central heating system with domestic hot water in one svelte device (about the same size as a shoebox). In smaller properties, they are a Godsend. They are more energy efficient than traditional hot water boilers as hot water emerges instantly. Space is saved with the elimination of a hot water tank (enough room for a bookcase, wardrobe or miniature office) and a cold water tank (offering you some loft space).

Where combination boilers trump ‘traditional’ hot water boilers and system boilers is the lack of freezing pipes. In the winter months, this would come into its own. One combi boiler can be used to heat any number of zones or rooms: for example, the heating could be switched off in the bedrooms during work hours. You could have two combination boilers: one for the upstairs rooms, another for the downstairs rooms.

Combination boilers are measured by the flow rate of your hot water supply. Typically, this is between 24 and 54 kW with a flow rate from 9 to 23 litres. In hospitals, schools, prisons, and commercial premises, these units are larger.

Some systems have small internal water systems and a gas or oil burner. This is added to boost hot water at the taps or its flow rate.

If you’re looking for combination boilers…

You have found the right page. If you live within the Salford City Council boundaries or its immediate environs (i.e.: Bolton, Farnworth, Manchester, Old Trafford), you can count on us for superb service and competitive prices. Anywhere else in the North West of England? No problem. We can help you with finding a suitable combi boiler. Brands include Baxi, Worcester Bosch, and Vaillant.

For a free no-obligation quote, why not give us a ring on 0161 279 0137, or send us an email to info@stheatingservices.co.uk. We shall get back to you as soon as possible.