Gas boilers have been part of the central heating units of many homes in the United Kingdom. But a recent legislation has directed all property owners to get rid of their gas boilers by the year 2025. The same ruling states that all buildings constructed from 2020 should not have gas boilers. But since gas is the main source of energy in UK homes, what could be the future of gas boilers in the UK? 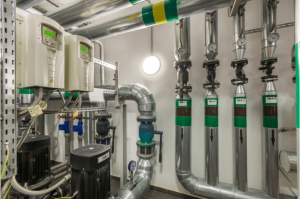 The focus of the government here is to get rid of carbon-based sources of energy. This is in an effort to reduce the negative impacts of carbon emissions on the environment. That being said, the government cannot get rid of gas as a source of heating entirely. Making a complete overhaul of the heating system in the home will not be viable in a single period. The plan is to make gradual changes to the heating systems in the United Kingdom.

The question on many people’s minds is, ‘What will replace gas as a source of energy in UK homes?’ According to the most recent government reports, hydrogen is most likely to replace gas as the source of energy in the country’s network. When hydrogen burns, it releases water vapour and heat, and that makes it safe for the environment. Another key benefit of hydrogen is that it produces very high quantities of energy per kilogram. For comparison, a single kilogram of hydrogen will produce as much energy as 2.8 kilograms.

It is possible to switch gas boilers with hydrogen boilers, but unfortunately, the system cannot be switched entirely. The most viable solution would be to integrate hydrogen and renewable energy systems into the existing energy network.

As for gas boilers, they will be powered by hydrogen and electricity which is generated by renewable sources of energy. But one problem which has to be addressed is the danger associated with hydrogen. This source of energy is highly flammable and is hazardous. Another problem is the fact that the production process of hydrogen results in the emission of carbon. To make sure the switch from gas to hydrogen makes sense, it will be important for the CCC to find a method of generating hydrogen without releasing carbon.