Heating horror of the 4.15 to Clacton-on-Sea 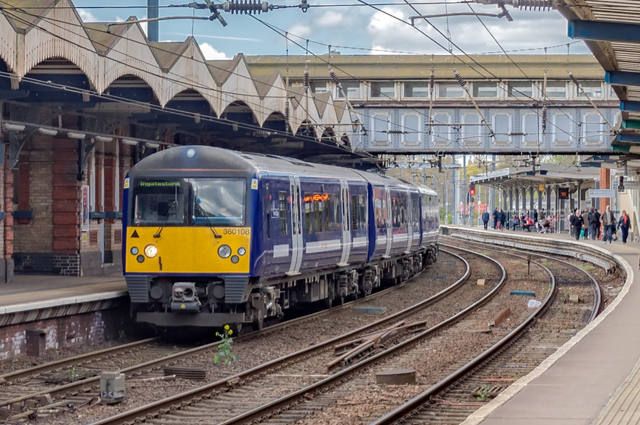 The Class 360 EMU, the mainstay of Greater Anglia’s commuter services to Liverpool Street station. For some passengers aboard the 1615 to Clacton-on-Sea, memorable for the wrong reasons. Image by Peter Sterling (via Shutterstock).

This Wednesday gone was the hottest day of this year. A day better suited to ice lollies and lounging about in the sun instead of sitting in the office or the house. The worst day possible for sitting on a bus, with the heating on.

A similar fate befell passengers aboard the 4.15 pm train from London Liverpool Street to Clacton-on-Sea. With temperatures at 34℃ outside, the last thing passengers wanted on their train was heating. On Twitter:

@greateranglia 4.15pm train to Clacton has the heating on! What are you trying to do to us!

In addition to the heating issues, there was cancellations on Greater Anglia trains. Due to issues with the overhead line equipment and the track buckling, this meant fewer trains and slower journey times. With the high temperatures on board, passengers were given ice lollies. Some passengers complained about the lack of air conditioning.

A Network Rail spokesperson said: “In hot weather, fast moving trains can cause significant damage to the overhead wires and the track in certain areas, which would stop all trains from running.

“In order to reduce the risk of this happening, and to keep passengers on the move, we slow trains down so that the service can still operate, albeit at a slower speed.”

Due to the weather, average delays on Greater Anglia services on Wednesday (in the evening peak) were just four minutes. In our neck of the woods (Swinton), the average delay was eight minutes.